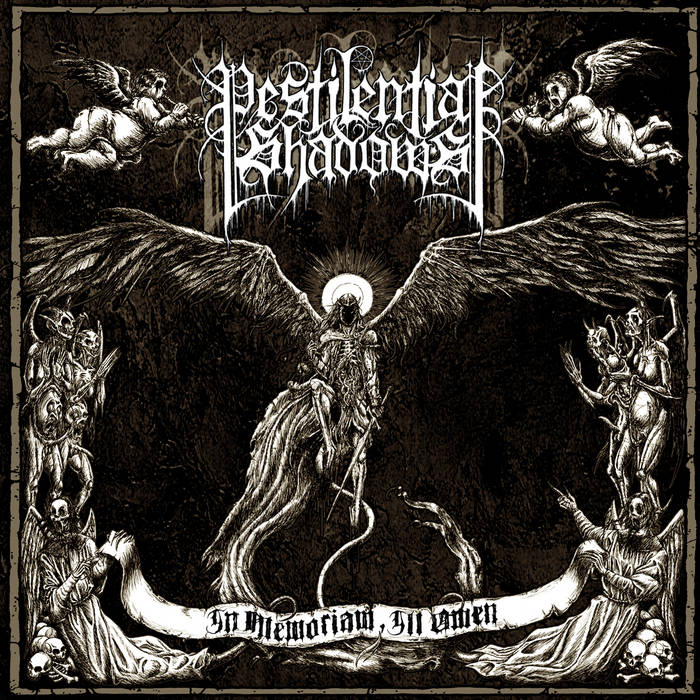 In a world filled with human-caused disease and mindless genocides, it is no wonder why Hell Under’s PESTILENTIAL SHADOWS chose the term “Anti-Human Plague Black Metal” to represent their brand of devastation.

Featuring present and past members from Naxzul, Rift, Ilium, etc, “In Memoriam, Ill Omen” is a timeless piece of dark art that transcends all forms of mournful resentment towards human nature!

Recorded and mixed by Balam at Scourge Studio and mastered by D. Backovic. Stunningly beautiful old-school artwork and layout by Balam.