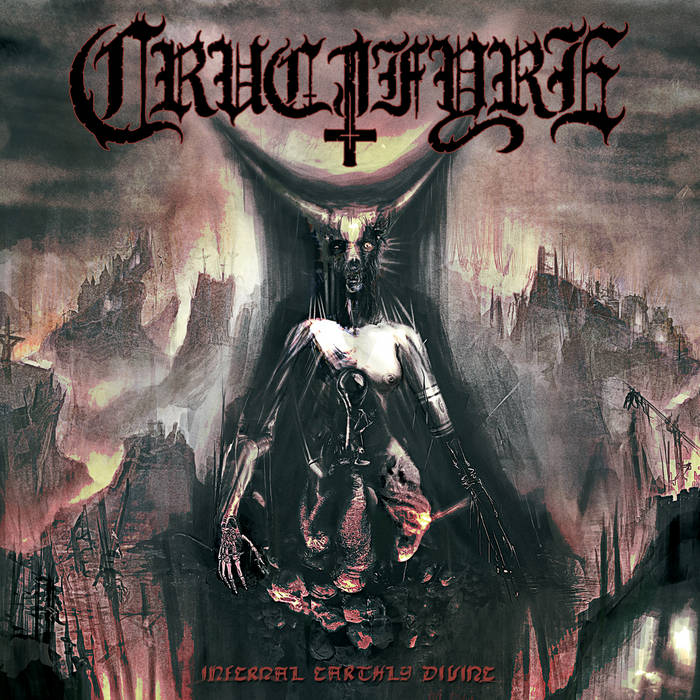 The true legend continues on with a newfound demon under the moniker CRUCIFYRE! With an astounding “Thessalonian Death Cult” demo under their belt, the debut full-length album “Infernal Earthly Divine” perfectly integrates the raw and unhinged sound from where they left off, proving once again old-school Swedish Death Metal’s authenticity at best.

With members comprising of the legendary Morbid, Afflicted, Crematory and General Surgery, “Infernal Earthly Divine” is undoubtedly the most stripped-down, terrorizing Death Metal in its purest essence!