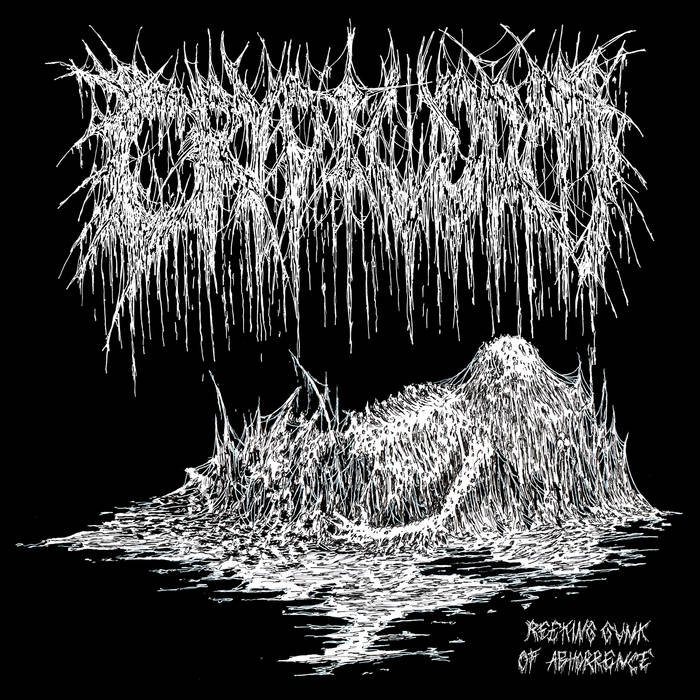 CRYPTWORM may be a new name to some, but those who've listened to their swampy brand of filth-ridden death metal will know of its excellence. Now we have something new and even more disgusting in the form of “Reeking Gunk Of Abhorrence”, a mini-album that truly conjures a foul, sewer-dwelling stench with meaty, blundering riffs, stomping drums, and puked vocals to make a slaughtering blend of old-school death metal which shall have slime running from your eye sockets in just over 20 minutes.

Each of the four tracks delves into a dungeon of horrors that pummels out grotesque death metal putridity with vitriol and a precise lumbering blend of swampy instrumentals and gurgled vocals that within the murky mix of the MLP sounds utterly disgusting. This is a wretched, moldy slab of filthy riff-craft and stampeding excellence which devours all in its path and leaves a fetid trail of molten bones in its wake. A grotesque journey into malignant, barbaric, and subterranean musical extremity that is only suitable for those who can withstand the might of utterly punishing, relentless abhorrence from the crypts of the British underground.

Be prepared, for once you spin this ichorous tome, there is no sending back whatever vomitous creatures spew out from your speakers…