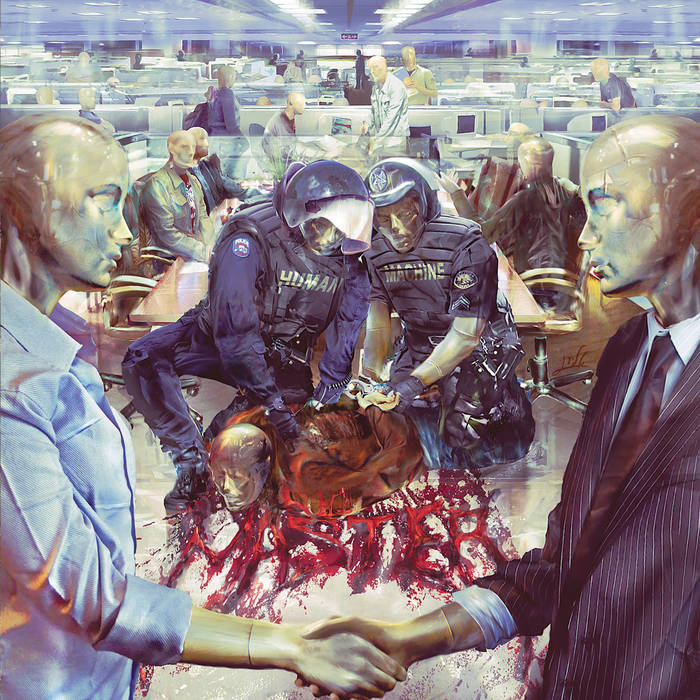 One of the longest running battle-scarred veterans of Extreme Metal MASTER returns with their most influentially outspoken album on "The Human Machine". Ingenuous yet uncouth Metal is somewhat sporadic in recent times of the development of brutal music, but Paul Speckmann & Co. seamlessly delivers a bombardment of unpretentious, merciless audio assault in what should be sanctioned as 'Speck Metal'.

"The Human Machine" is an inexorable train-ride of old-fashioned jarring Death / Thrash riffs; with the inseparable Crust inspiration for good measure and the razor-blade gargling vocals of Paul Speckmann is truly magnificent. The end-result is a devastating brew of incessant head-banging mayhem!

Returning back to the trusty Shaark Studios (Root, Fleshless, etc), reinforced with a thicker and even more powerful organic production, 'The Human Machine' is a true paradigm of MASTER at their peak with absolutely no regard for any form of trends and rules. Also featuring one of the most sought-after artist Eliran Kantor (Testament, Sigh, Anacrusis, etc) providing probably the most creatively stunning artwork the band has ever had.

On your knees for MASTER!