The Lower Levels Of Sentience 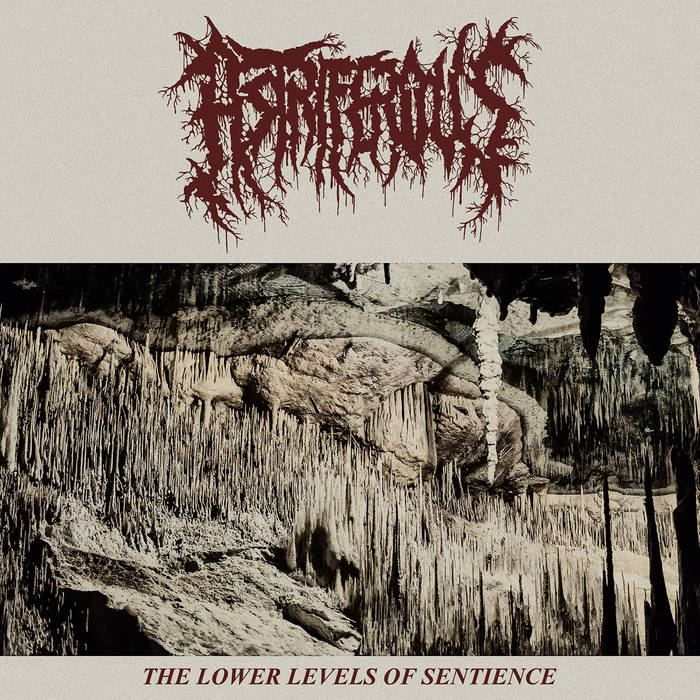 Hailing from Costa Rica, ASTRIFEROUS formed in 2018 and quickly set to work on their first recording. With a couple members concurrently doing time in Bloodsoaked Necrovoid, it's no surprise that that first ASTRIFEROUS' recording, Raise High the Scepter of Indulgence, was of such exemplary quality. Indeed, from the very beginning was the band's aesthetic firm and fully formed: utterly gutted, sepulchral Metal of Death betraying an undeniable supernatural aspect.

A live rehearsal followed earlier this year, but at last has ASTRIFEROUS' most ominous strike arrived: the four-song/21-minute The Lower Levels of Sentience. From its title on down to its four component song titles - "Ghost Universe," "Exercises in Tantric Sorcery," "Myriad of Grotesquerie," and especially "Necrohallucination" - it's immediately apparent the Costa Rican quartet are drawing from a different pool of inspiration for their dread creations. Bleak and bottomless is that abyss, and ASTRIFEROUS literally drown the listener in death metal molded from grotesque shapes, otherworldly pulses, and hideous energies. Their attack is squarely within pure 'n' proud DEATH METAL - churning, caustic, crushing - but sliced and sluiced are frayed threads of blackgrind and the bestial arts, altogether coalescing into a slipstream of sinister atmosphere and boundless morbidity.

Neither resolutely "old school" and far too unclean for the new school, ASTRIFEROUS are searching for cosmic caverns all their own with The Lower Levels of Sentience.